Navvies' Barge is the new name for Peccadillo but somehow that old name keeps surfacing in stories... and paintings. Aileen's first attempt at painting  a barge was ace, particularly the portrait of Richie the dachshund! 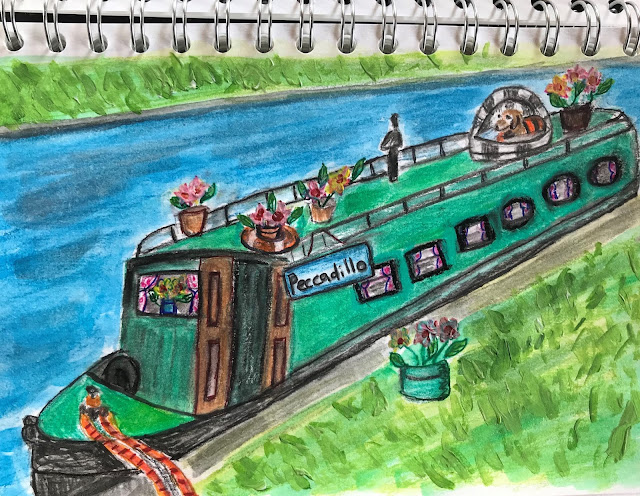 The third scribe
Wrapped pain up in a joke,
Poked lightly at the woke, kid on he’s just a bloke
The third scribe made wonders when he wrote
Aboard the Peccadillo.